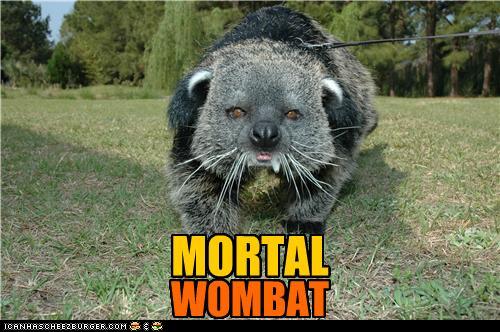 I remain baffled by those discussing the Trayvon Martin killing out of ideology trumping tragedy. There is one unassailable, absolute, 100% true aspect to this case: an armed man killed an unarmed kid. That shouldn't have happened, and should be prevented in the future if at all possible. Such an event should be found horrible by all who contemplate it.

When liberals/lefties/whatever seek explanations for social problems with a view towards mitigating them, they're routinely accused by conservatives/righties/whatever of not merely explaining, but justifying. Extending a common humanity across the board to all is oft viewed as an abdication of morality, an abandonment of holding people personally responsible for their actions, denial of a moral sense of right and wrong, and so fundamentally flawed as to perpetuate, even worsen the very problem under study. That's usually (not always) wrong: there's a fundamental difference between explanation and justification, and personal responsibility is more, rather than less, necessary in a world where easy certainties are more elusive than any of us would like.

We have here an event, as I said, that should not have happened. And we have here emerging from the right precisely the sort of reasoning that they so oft accuse the left of in caricature: a framing of the death of an unarmed kid at the hands of an armed man as not merely explainable, but justifiable.
Posted by ProfWombat at 10:29 AM 1 comment: Links to this post

My hat's off to her; I've loved Larkin for a long time, but would never dream of subjecting myself to that big a dose of him at once. His work isn't, in bulk, exactly a ringing affirmation of human possibilities. Sometimes, though, his humor mitigates his gloom, even when he's at his most pessimistic:

They fuck you up, your mum and dad.
They may not mean to, but they do.
They fill you with the faults they had
And add some extra, just for you.

But they were fucked up in their turn
By fools in old-style hats and coats,
Who half the time were soppy-stern
And half at one another's throats.

Man hands on misery to man.
It deepens like a coastal shelf.
Get out as early as you can,
And don't have any kids yourself.

Another of my favorites:

Why should I let the toad work
Squat on my life?
Can't I use my wit as a pitchfork
And drive the brute off?

Six days of the week it soils
With its sickening poison -
Just for paying a few bills!
That's out of proportion.

Lots of folk live up lanes
With fires in a bucket,
Eat windfalls and tinned sardines-
they seem to like it.

Their nippers have got bare feet,
Their unspeakable wives
Are skinny as whippets - and yet
No one actually starves.

Ah, were I courageous enough
To shout Stuff your pension!
But I know, all too well, that's the stuff
That dreams are made on:

For something sufficiently toad-like
Squats in me, too;
Its hunkers are heavy as hard luck,
And cold as snow,

And will never allow me to blarney
My way of getting
The fame and the girl and the money
All at one sitting.

I don't say, one bodies the other
One's spiritual truth;
But I do say it's hard to lose either,
When you have both.

His concision and effortless form, everyday diction and combination of humor and seriousness in these two echo Auden, are instantly memorable and, even if I disagree with them somewhat, are far too serious at root to be dismissed.

But my favorite of his poems is 'The North Ship', which would have annoyed him: an early work from his first book (1945), extensively anthologized, that he himself didn't like his work reduced to. It begins thus:

I saw three ships go sailing by,
Over the sea, the lifting sea,
And the wind rose in the morning sky,
And one was rigged for a long journey.

The first ship turned towards the west,
Over the sea, the running sea,
And by the wind was all possessed
And carried to a rich country.

The second ship turned towards the east,
Over the sea, the quaking sea,
And the wind hunted it like a beast
To anchor in captivity.

The third ship drove towards the north,
Over the sea, the darkening sea,
But no breath of wind came forth,
And the decks shone frostily.

The northern sky rose high and black
Over the proud unfruitful sea,
East and west the ships came back
Happily or unhappily:

But the third went wide and far
Into an unforgiving sea
Under a fire-spilling star,
And it was rigged for a long journey.

So Larkin would be annoyed. Why should the toad of middle aged disillusion squat upon my life?
Posted by ProfWombat at 9:33 AM 1 comment: Links to this post